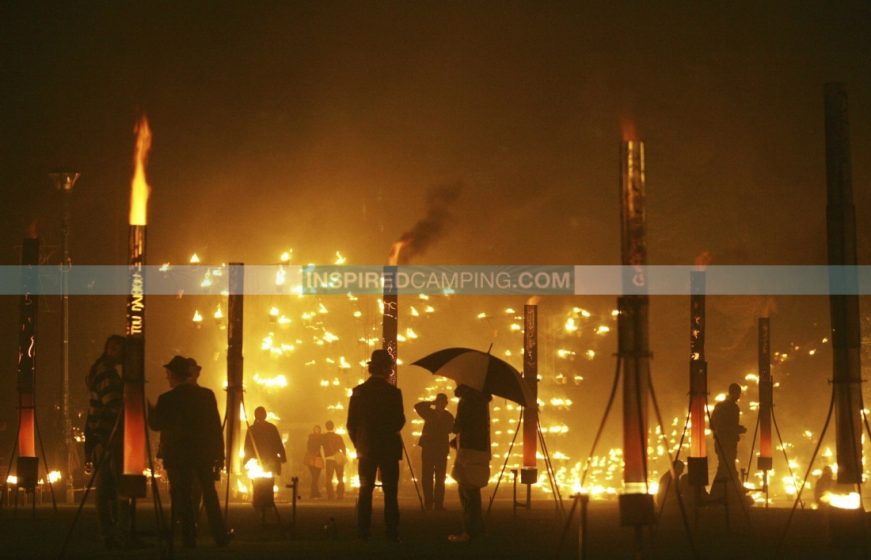 Burning Man is about to start! From the 27 August until the 3 September the beautiful, remote and inhospitable Black Rock Desert of Nevada, USA, will be taken over by a temporary metropolis called Black Rock City, which will attract some of the most spectacular and crazy sights ready for thousands of campers to descend on to its dusty streets.

The people who make the journey to the Black Rock Desert become part of a creative and experimental community, which challenges everyone to express themselves in a way that’s not normally encountered in day-to-day life. They are dedicated to radical self-reliance, self-expression and art. Innovative sculpture, installations, performances, theme camps, art cars and costumes all emerge from Burning Man and have an impact on all who witness them.

Our own advice for those planning to go camping at Burning Man is: watch, take part and enjoy; don’t expect to sleep much; leave your judgement and inhibitions at home; and take the wildest outfit you’ve ever bought and never had the courage to wear.

If you are about to go or have been to one of the past events then we would love to hear from you. Tales of Burning Man are magical. Here’s one for you we’ve found to give you a flavour of what’s in store for revellers about to make their way to Nevada.

Visit the Survival Guide for more about Burning Man.