Enjoying “ Camping ” and the Wild in Ways You Never Imagined 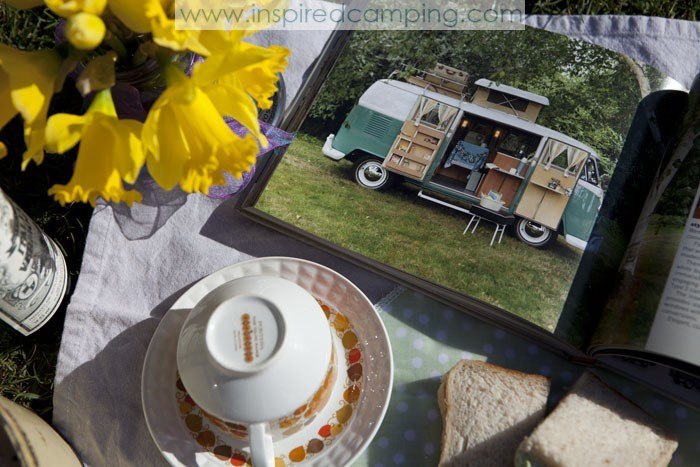 When someone comes up to you and asks about going camping, there are a number of different images you could think of and wide varieties of scenarios that might play out in your head. But if you’re like most people, chances are that you imagine being out in the woods somewhere, far away from cities and other man-made things, sitting around a fire with friends laughing and joking. If you have a penchant for certain vices, you might imagine that group of friends slightly more inebriated, but still having fun. While that image of sitting around a fire out in the wilderness is a pretty accurate representation of camping for most people who enjoy the outdoors, there are some people who visualize a different method of camping.

The Rise of Glamping

That other method is called glamping. Yes it sounds weird, but like plenty of other English words, it’s a combination of two different ones. “Glamorous Camping” or glamping for short, is a somewhat silly name for going out into the wild on a camping trip, but instead of roughing it with the bare necessities, you’re in complete luxury. Whether you go out in a camper van or some giant house-tent (or yurt), glamping isn’t actually as new as you might expect. If you think about it, using tents as a “home-away-from-home,” with as many luxuries along as possible, has been a staple of history for centuries. However, according to Glamping.com, the true, historical origins of glamping (the word is very new, 21st century new) don’t have a definite start date or creator, they point to the Ottoman Turks as the earliest proponents of the practice, as they would set up massive tents with all the luxuries possible for the sultan to use as a mobile palace. A closer approximation to today’s version of the practice would be the hunting expeditions into Africa by wealthy Americans and Europeans where they basically had manor houses in the form of tents.

Regardless, glamping is a thing and it’s unlikely to disappear anytime soon. But what can you do while glamping besides the usual wilderness related shenanigans and mischief you can screw around with while camping “normally”?

Enjoy Nature in a New Light

It’s probably a safe bet to state that people who go camping are interested in the outdoors and getting more in touch with nature. Regular camping has never been considered an “easy” pastime, and it’s never been known to be particularly comfortable. Yet, thousands, if not millions of people continue to hike out into the wilderness to camp, and outside of those who are purists and traditionalists about what camping is, many likely see regular camping as a necessary “obstacle” to enjoying the serenity and beauty of the wilderness.

Glamping is a different route that offers a way for those not interested in the “experience,” or “adventure” of regular camping to still enjoy the calming, refreshing benefits of getting away from the world and escaping to the wild for some time. As Glamping Hub describes it, glamping is an opportunity for you to get away from a hectic and probably stressful life for a time to relax and enjoy the majesty of a private natural retreat, all without needing to abandon your regular creature comforts. Unlike camping, which is an experience unto itself besides being in the wild, glamping lets you step out of your home and bedroom and enter a new home and bedroom, just as comfortable (or maybe more so) as your actual home, for a period of time. Yet, instead of dealing with the noise, bustle, and stress of the “real” world, you can step outside your bedroom and enjoy the peace and tranquility of nature, as though it were your backyard.

Prepare yourself for one of the most dichotomous statements you’ll read today. Glamping can offer you a unique opportunity unlike anything a regular camping experience ever could, that is, if you’re interested in it and you look for it. That opportunity is the capability to work while vacationing in the wild if you so wish. Of course, that capability depends on what sort of work you do and whether or not you are glamping with a source of electricity and method of connecting to the Internet. Some glamping resorts offer free Wi-Fi among other amenities like king-sized beds, private decks, and even saunas, as Mallinson offers.

While most people would consider glamping a vacation, you might still want to have at least some method of keeping in contact with associates or partners. And if you happen to run an eCommerce website, then you could potentially work as much as you want while out in the woods. With eCommerce vendors like Shopify offering, wireless equipment like receipt printers to go along with tablet-based eCommerce software, you could go out glamping and continue to rake in the sales online, all while enjoying the wonders of nature.