How to Camp in Malaga, Spain (and the Surrounding Region)

The autonomous community of Andalusia, Spain, is a real treat for campers. You can be sure that good weather will follow you when you arrive at the airport, rather than being cooped in a tent with the rain lashing down and telling ghost stories all night each night. Be aware that the south of Spain does get much hotter than the north. Take note of this and of the following tips for a safe, enjoyable camping trip whether you’re in Malaga or elsewhere in Andalusia.

When pitching your tent, you should only do so in designated camping areas or if on private land, ask the owner’s permission. Due to incidents such as forest fires, the police are always on the lookout for campers in forests. And tempting and ideal as it would be to camp out on the beach, in the south of Spain they’ve been cracking down on this practice as well, although there are some parts of Spain where there are designated beachside camping spots. Otherwise, sorry to be killjoys, but that’s how it is in Andalusia!

Buy more water than you need

The temperatures really soar in Malaga in summertime. In July and August, you’re looking at an average temperature of 25°C, with high temperatures jumping into the low-to-mid-30s°C. Bring more water than you actually need because even minor activity will get you sweating in this heat and you can end up dehydrated. Drink water regularly, and if you have younger members in your group, make sure they’re doing the same. 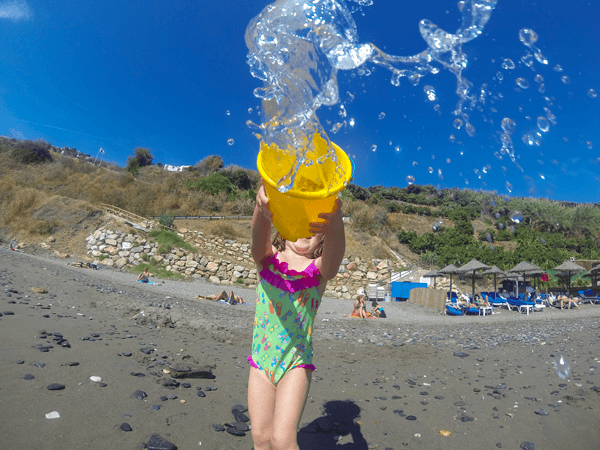 Make sure there is always air circulating

At night-time in Spain, there’ll be occasions when the air feels completely dead, which can make the effects of the heat feel even worse. Get some air circulating by setting up a battery powered fan in each tent. You may have to invest a few quid in batteries, but it’ll be worth to experience the comfort on the hot summer nights.

Protect yourself against insects

It’s a fact of life that when you’re out in the great outdoors, there’ll always be some insect or other want to dine on a human than cattle in a field. The most straightforward way against protecting yourself against insects like mosquitoes – you to do tend to get them in Spain – is to wear clothing that covers your limbs. Of course, in such a hot country, you’ll probably want to put on some shorts or other light clothing, leaving the flesh exposed. Invest in some good insect repellent.

Other ways you can keep the insects at bay are by avoiding camping areas where there is water and/or long grass. These areas tend to attract insects. Steering clear of wearing strong scents and not wearing bright clothing are believed to hold off the insects.

If you can, try to stay away from meat or fish, unless you’re going to prepare the food pretty much after you’ve bought it (or caught it), because these types of food are hard to keep fresh in the heat. Put any fish straight into a cooler when you get back to camp.

Follow these tips and you’ll be well prepared to have a safe and successful trip in Malaga, Andalusia. It’s always good to take a First Aid kit as well. When you’re out and about exploring, it’s easy to stumble and do yourself a minor ankle. Just be careful!

5 Unforgettable Camping Essentials For Your Next Trip To The Campsite

The Ultimate Camping And Glamping Checklist 2021