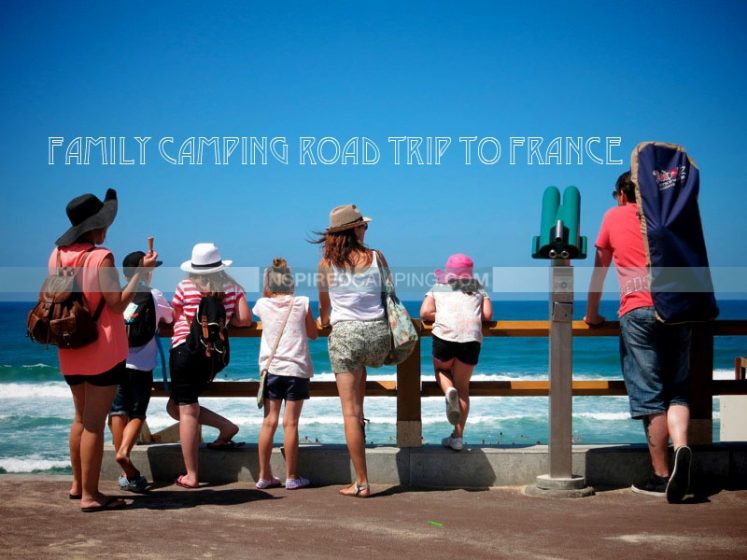 Any doubts I had about taking the family camping with me on this year’s campervan adventure were soon realised as I trudged my way back to find the owner of the boat that my wife had stolen earlier that afternoon!

In fact, the first signs that this family camping trip was doomed started a week before we even left the UK. Gloria had been playing up with various small issues. By the time we got to the night before our trip, I was exhausted from spending long days at work and long nights on Gloria. As we loaded her up for the next day, I decided to run though the last-minute checks. It was then I discovered the dead battery. With barely 10 minutes to spare before closing, I rushed into Halfords and spent my wife’s holiday cocktails money on a replacement battery. She wasn’t impressed!

Things continued to go wrong the next day when we got up at 4am to catch the early Eurostar to France. Gloria had spent the night hooked up to the house mains to charge the fridge but when I opened the door it was still warm. By changing the battery I had blown some fuses which now needed replacing.

Fortunately the drive down to Folkestone continued without incident and I started to relax as the train sped its way under the Channel.

As we pulled into Calais, I opened up all of Gloria’s windows in preparation for the continental sun. However, I promptly shut them again as we pulled off the train and into a monsoon. Most of the rest of the day was spent fighting wind, rain and lightning as we progressed down to our first stopover.

Despite the early setbacks, by the end of day two we were camped up at our final destination without any further incidents and were more than ready for some overdue relaxation. 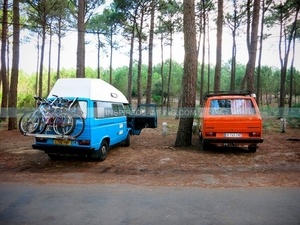 We had travelled down with friends to the picturesque region of Lacanau which is located on the coast to the west of Bordeaux. Camping Le Tedey is an amazing site that is set in woods, right on the edge of Lake Lacanau. The next few days were spent sunbathing, cycling and swimming.

When I say swimming, what I actually meant was paddling. While the others frolicked in the Lake, I never ventured out more than ankle deep due to my inability to swim. That was until our friends produced a small dingy that allowed me to spend the whole day contentedly bobbing around. I floated up and down the edges of the lake and even ventured out further from the shore. I felt free, liberated and able to participate in the fun that the others were having.

Later that day my friend came back to camp very excited. She had seen a larger inflatable dingy for sale outside one of the tents. It came complete with oars, a carrying case and was only €15. We both headed back to inspect the vessel further. 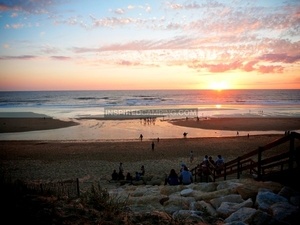 Unfortunately the owners weren’t about and the boat was left by the side of their car with a for-sale sign attached. As soon as we approached, a German lady from the opposite caravan came running over. It seemed she wanted us to know that she planned to buy it but with no owners around it was impossible to complete the transaction.

Next to the boat was a young family who were sitting down to dinner. We asked the neighbours if they would take the money for the boat on our behalf but the father declared he would rather not get involved. We returned to camp dejected and defeated.

One of the side effects of my wife’s mixed blood (she is half Gibraltarian) is that she can be a little more forward that the rest of us. So she grabbed €15’s, shoved it in a bag, wrote “€15 for the boat” on the front and marched off. Within minutes she came back dragging the boat behind her. She had left the money and taken the boat. Apparently nobody had seen her as the owner, the neighbours and the Germany lady were not around, but as a precaution we decided to hide the boat behind Gloria. 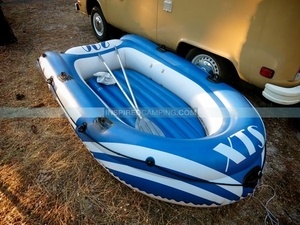 Later in the evening, as we sat down to eat, the wife was having a stroppy moment and was trying to score points with comments like “I just got you a boat”. It was during this heated debate that she told us that she had left the money on their BBQ. When I pointed out that they didn’t have a BBQ, we realised that she had actually put the money onto the BBQ owned by the neighbours.

I ran back to the scene of the crime, apologised to the young family who had the bag of money and with cash in hand, went over to the other family who were trying to figure out who had stolen their boat.

I apologised to them and explained what had happened. In other words I fully, completely and totally blamed the wife!

The rest of the holiday passed without major incident until we headed back to the UK.

We decided to prolong the French adventure by stopping at a campsite in Beaumont-sur-Sarthe. Near Le Mans, this pretty municipal site is located on a river and was the perfect place to spend our last night in France.

We set off mid-morning the next day for the last leg home. As we approached the toll to get onto the motorway, Gloria broke.
She suddenly wouldn’t get into gear. No encouragement would convince the gears to engage. Then for no apparent reason she started working and we were going again.

And so it continued. Every now and then I could not change the gears. This was not an issue at cruising speed but caused no end of issues at tolls and going up hills. Things became much worse when she started stalling at low speed.

We Googled for help and even called fellow VW owners back at home but the reality was that there seemed to be nothing minor wrong. Any issue was going to be a bigger job than we could do on route.

So I adapted my driving to suit the situation. By keeping the revs high, I was able to stop her stalling. By maintaining sufficient speed I was able to climb most hills without changing down.

As long as we didn’t hit traffic then we might just make it.

The satnav took us off the motorway and through a town. The constant stop/starts were a nightmare. We finally got back to the motorway only to hit a traffic jam going uphill. It felt like a bad joke.

Mile by mile we slowly drove towards Calais. None of us had any idea if we would make it, but we were relieved when we finally got there and even enjoyed an hour browsing the shops. 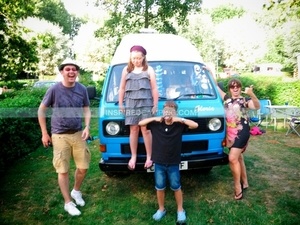 Not long after arriving in the UK we hit wind and rain. I was tired from the tough driving conditions and was sporting a migraine that had been slowly developing all day. Trying to keep Gloria straight against the wind was the last thing I needed.

Late at the end of the second day we finally arrived home. Tired and very relieved.

In the weeks to come, Gloria was diagnosed with a faulty spigot bearing. This small wedding ring sized coil had worn through and was the cause of all our problems and my final thoughts; that after two years and two big adventures, I might just take a break from “relaxing” holidays next year!

THE LEGEND OF GLORIA & The New Adventures Of Ray