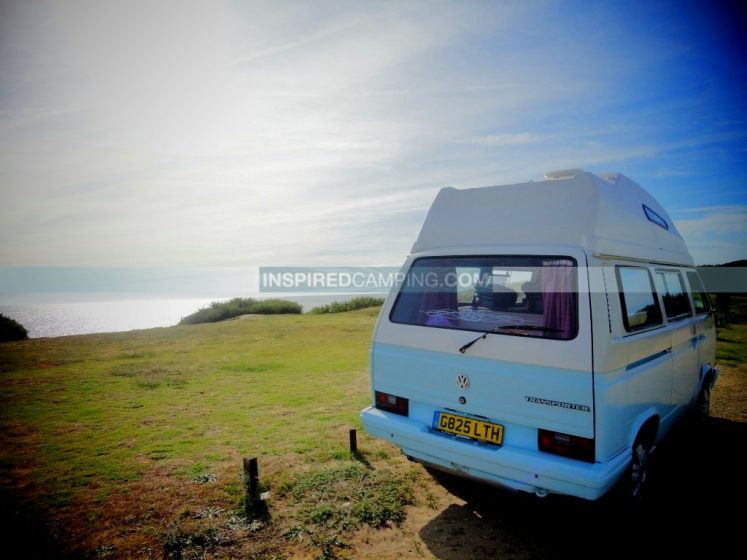 A guest article from Mark Beresford

After many months planning and a mixture of excitement and trepidation the Campervan was loaded with all manner of paraphernalia to keep the four of us fed and entertained for the next three weeks as we began our French odyssey camping road trip. Our destination was the island of I’ll D’ Olleron, just off the south west coast of France some 800 miles away.

So as not to make the journey to arduous for Erin and Joel (and us) we planned to take three or four days getting there, two weeks on the Island and three days getting back. The first leg of the journey was down to the Channel tunnel some 248 miles from home, which isn’t a quick trip at 55 mph. Why so slow I hear you ask? Well it was all about self-preservation. A few weeks’ previous routine checks on the van showed that the gearbox was on its way out, but there was not enough time to book a rebuild in. So a steady 55 mph didn’t put too much strain on it since we were hauling 2.5 tons.

We did cheat the first night staying in a travel lodge (less hassle). But bright and early the next morning we boarded the Channel Tunnel train bound for Calais. If you’ve never been on the Chunnel, it’s quite an experience whizzing at 120 mph whilst sitting in your van and in 30 mins we were in France.

Our destination for our second night was Chambourcy, southwest of Paris where some family friends lived and where we had been invited to stop over. We opted to take the motorways (which are mainly Toll), as it would get us there with minimum hassle. Now French motorways are great as compared to Britain they are so quiet even if it does cost about 1.5 Euros’ per 10 miles to travel on them…. Oh and a Sat Nav is a great asset, especially when going through towns. If you’ve not got one, get one… you won’t regret it and it saves many arguments with your nearest and dearest.

After eating and drinking to our fill at our friends, it was time to hit the road heading southwest to the Loire Valley near Tours on the next leg of our journey. First we stopped for provisions at the largest Carrefour hypermarket in France (big mistake). In a place the size of a small village they had car parking spaces for thousands of cars, but only four spaces for anything over 2.5m (that’s us at 2.6m). I must have driven round dozens of times whilst Laura went through the slowest checkout in Europe. Anyhow after our false start we were soon on our way on a mixture of main roads and toll motorways. Now tollbooths are fun as most are automated and they calculate the cost based on the size of your vehicle (loads of sensors), and they have two payment slots one at car level and one at truck level. You can guess which one it wanted us to use, this involved Laura leaning out of the window and contorting herself just to reach the payment slot (not good for your back). Despite these niggles we had a steady journey of about 180 miles to ” Chateau Nitray” in the Loire valley.

The Chateau was part of the “France Passion” scheme, where each year you buy a book with thousands of farms/ vineyards listed, which allow campervans to stay overnight FREE. This Chateau had its own vineyard (where we camped) and of course sold their own label wine. Before long Laura was rustling up dinner whilst Joel and me checked out the “shop”…. Some wine tasting ensued and I staggered back to the van with a few bottles of their finest produce. A very mellow evening ensued as the sun set over the vineyard with some rather comical attempts of climbing into the hightop for some much needed zzz’s.

After breaking camp in the Chateaus vineyard in the Loire valley, we headed southwest from Tours down to Poitiers, Niort and across to Rochefort on the coast. From here we are driving through the flat coastal salt marshes to the little town of Marenes. This is where we would cross the viaduct to the Island of Ile d’ Oleron and our destination of La Cotinere. The only problem is that this is the only road onto and off the Island and it was chocker. Once on the Island thing were more relaxed, though French “minor” road are not known for their smoothness, though the kids loved the evasive maneuvers round the potholes and the roller-coaster rides over the undulations. Our campsite though was perfect, nestling behind the sand dunes under the shade of trees. Once base camp was established we were immediately on the beach right next to the campsite. The beach was stunning and quiet and for the next two weeks we spent the best holiday of our lives exploring the Island in our camper, eating great food and drinking great (cheap) wine.

Our return journey was by a different route this time heading north up the coast through the impressive town of La Rochelle and through to the village of La Jumelliere just south of the Loire river. He we stayed at another France Passion site, this time a farm and we had the place to ourselves with the wonderful hospitality of the farmer and his wife .A simple meal of pasta washed down with a bottle of the local wine ensured a good night’s sleep. The next day dawned bright and warm as we pushed north to a campsite not far from Calais for our final night in France. It was here we met the only other English campervaners heading for Germany. We spent the evening sharing our wine and stories until the lure of our beds was too much to resist.

Once again Le Shuttle whisked us the following morning under the channel back to England, where on cue the weather turned cool and showery and the traffic horrendous. And yet our 22 yr old campervan with a dodgy gearbox and far too much baggage made it home without a hitch. In total we covered just under 2000 miles at 55 mph top speed and the best holiday we’ve ever had in our lives. Months later Erin still talks of that three weeks in the campervan and already we our planning our next adventure though this time with a new gearbox and less baggage.

You can connect with Mark at his blog The Campervan Man