Camping in the Lake District: 3 Most Idyllic Places to Experience At Dawn 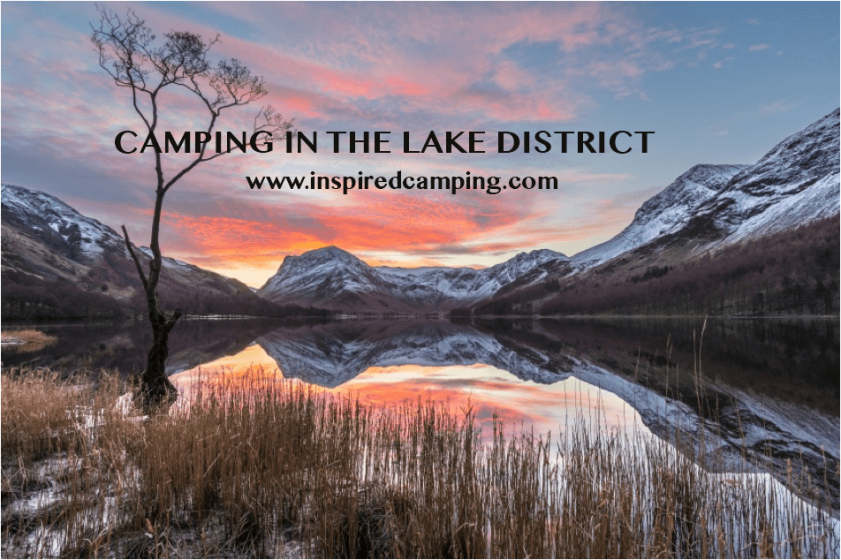 What do you get when you combine the most beautiful region of England with the most magical time of the day? Something very special!

The Lake District is a region and national park that is located within the Northwest of England. It’s the largest, most popular and most visited national park within the whole of the country, with around 15 million people ascending each year to enjoy the rugged mountains and picturesque lakes. It’s home to a number of brilliant literary and artistic greats, including William Wordsworth, who was born in the area and used it as inspiration for a lot of his poems.

For those looking to explore the outdoors, it doesn’t really matter what time of year that you visit. Whether it’s spending a day hiking across a mountain or taking a boat ride on one of the lakes, there is plenty to see and do.

Camping In The Lake District

The most common activity in the Lake District is camping. Millions of people pitch up their tents each year to enjoy a getaway in the great outdoors. One of the biggest advantages of going camping in the lake district is being able to experience some truly beautiful sunrises from some extraordinary locations. Here are some of our very personal favourite places to experience dawn! 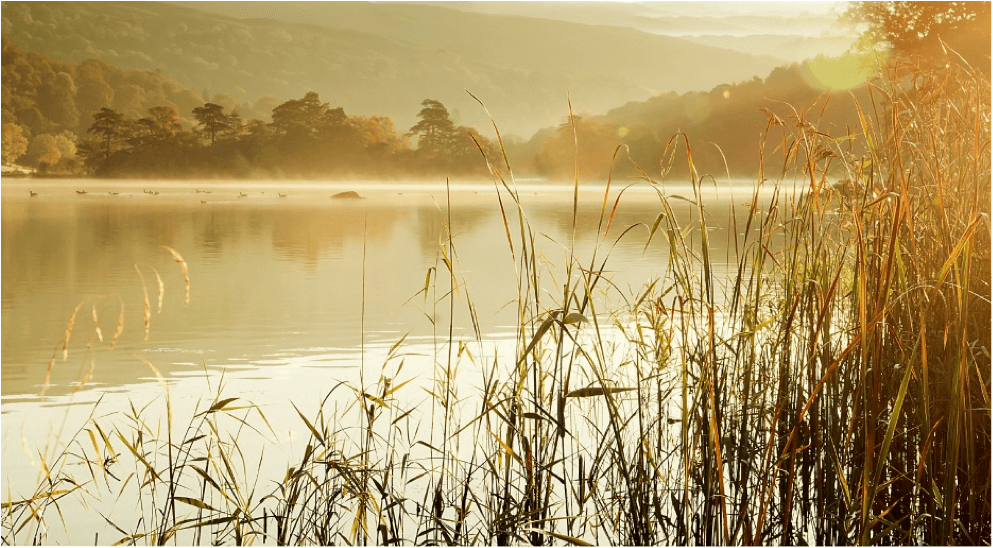 Rydal Water is a stunning lake located within the central part of the Lake District, situated in the Rothay Valley. It’s a popular place for walkers – people can choose to walk in the surrounding hills or around the lake itself. This lake was where Wordsworth spent a lot of his time writing poetry. It’s one of the best places in the Lake District to experience a beautiful sunrise. As the sun hits in the peaks in the background, you’ll get to experience a mesmerising orange glow that looks stunning against the welcoming appearance of the blue sky.

Scafell Pike is the highest mountain in England. Located in the Lake District, it has an elevation of 3,209ft above sea level. Set amidst the volcanic belt of the Southern Cumbrian Mountains, Scafell Pike is a massive pile of boulders. Despite rocky and rugged paths, it’s one of the most frequented walks in the whole of the country. It’s not surprising then that it’s one of the most photographed areas of the Lake District – attracting thousands of people each year – especially to capture the beautiful sunrise. Watching the sunrise from the highest point in England? Amazing. It’s definitely something you need to experience at least once in your life. 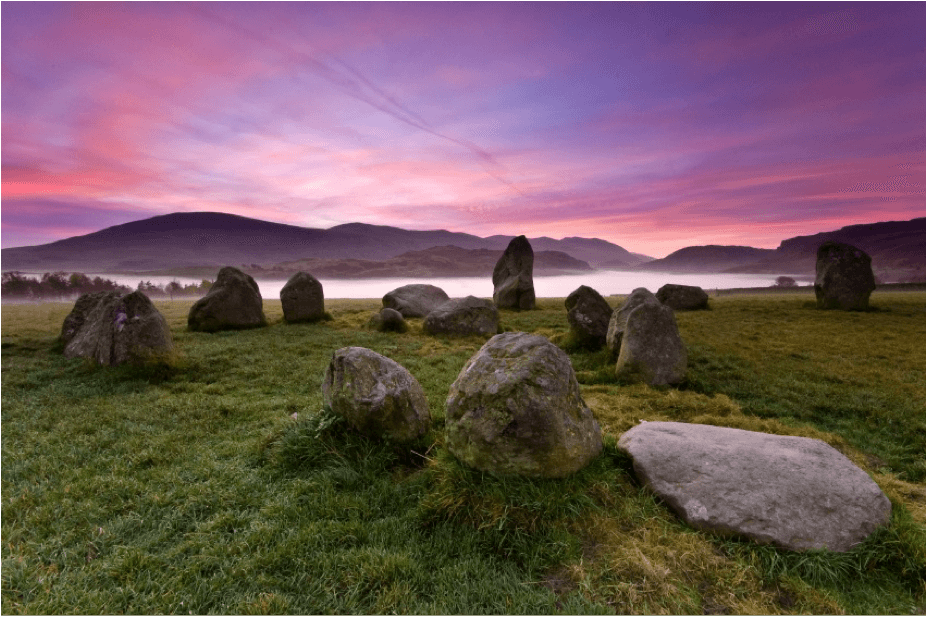 Castlerigg is probably one of the most popular locations within the Lake District. It’s also extremely easy to access, which goes a long way towards why it’s such a highly visited site. The stone circle at Castlerigg was constructed back in 3,300 BC – during the Late Neolithic era. Thousands of tourists flock to this location each year due to the fact that it’s possible to see some of the highest peaks in the whole of Cumbria. As the sun rises slowly over the fells in the distance, you’ll get to experience one of the most beautiful sunrises in the whole of the Lakes. If you manage to catch it on a clear day, you’ll notice such a multitude of colours and you just can’t capture the same feeling as seeing it in person.

Whichever location you choose to visit in the Lake District, you’re guaranteed to experience something magical, and you can definitely see more from an inflatable boat. So grab your blanket and hot drinks and go and witness a stunning sunrise that you definitely won’t forget in a hurry.

Camping In The Lake District By Holgates Holiday Parks