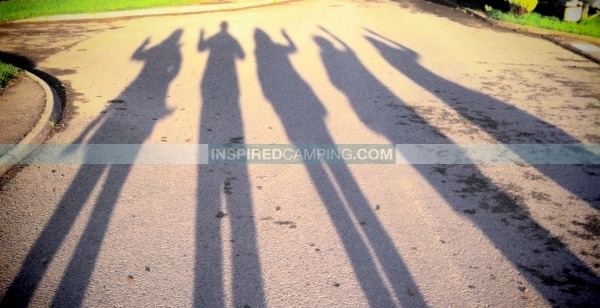 We have seen a huge increase in campers wanting to fit renewable solar energy into their camping leisure time. Many investigate eco-campsites that use some kind of solar or wind power generating systems, while others simplify and downsize their camping experience to be as earth friendly as possible.

So we asked our readers to share some of their experiences of using environmentally friendly systems and alternative energy sources for camper vans, caravans or tents. We were delighted with the response we got and the following article is from Paul Nutton who wanted to share a project he and his family have been involved with to fit a solar power system into their camper van.

Numerous years of camping as a couple, and latterly as a family, have seen us experience many sizes of tents from small 2 man hiking units to 12 man multi dome tents and lastly a trailer tent. But 2 years ago after packing up our small village that now only just fitted on to a standard pitch with nowhere to sit outside we decided we had got too big to be able travel around during our annual 2 week holiday.  The only option for us to still camp and be able to pack up easily and move around when we wanted whilst on our holidays was a campervan.

We trawled through the local papers, Autotrader and the Internet until we found a panel van for conversion – a Volkswagen TransporterT5. These vans are ideal for conversion as there are a lot of parts available for the DIY enthusiast. Many hours were spent researching the different layouts, costs, what was required and what would be a bonus if we could afford it. Nine months later after lots of head scratching, sleepless nights and working most weekends the essentials were finished and we could now sleep 4 people in it and could cook in it.

Our first outing was to North Wales for a long weekend, the weather was mainly dry if a little breezy and everything worked fantastically. Buoyed by the success we booked  the tunnel to France for 2 weeks. It was whilst we were on the South West coast that the thought of fitting a solar panel first began to cross my mind. Previously we had become accustomed to having electric hook up to run the fridge in the tent and trailer tent but with the campervan we had a fridge, heater and lights that ran from a leisure battery, meaning we could be self sufficient for a short period of time without Kate’s wine or my beer getting warm.  As we were using the French Aires as we moved around this was quite handy, but when the weather was hot and the fridge was working hard to keep things cool the battery indicator would be warning us of a low battery after about 2 days. The only option to charge the battery was then to either run the engine of the van or find a site with electric hook up. 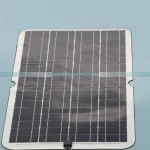 Earlier on this year I began looking into renewable energy and found some 80 Watt Semi Flexible Solar Panels from Lensun that seemed to fit the bill, they were only 3mm thick and fitted on the flat area of the vans roof the power rating was enough in theory to allow us to stay on a site or Aire without a hook up for as long as we wanted, so without delay I ordered one at £268 ($435) including a regulator.  A week later and the panel arrived and the next weekend I bonded it to the roof using Sikaflex 252 and ran the wires to the leisure battery via the solar regulator. Then began the process of going out to the van at regular intervals and measuring the battery voltage then going back inside to tell Kate what it was doing and how it was working.

Over the next week I removed the split charge fuse and just relied on the solar panel to keep the fridge running. This it did all week without fault and with no significant loss in battery voltage. The indicator on the regulator even showed it was charging when the panel had frost on it one morning. To test the panel we went to Turner Hall Farm in Seathwaite over the Easter weekend. The van was parked up for 2 full days with us using the lights, Eberspacher heater and fridge without having to think if the battery was going to last. During the mainly cloudy and rainy days the indicator would show the battery to be nearly fully charged then during the evening when the natural light faded the battery would drain slightly until the next morning when it would get charged again.

The technology of solar panels has moved on quite considerably over recent years. They no longer have to rely on just sunlight but daylight alone is enough to slowly charge a leisure battery. The only thought I have had since fitting the panel is how much more efficient it would be if I had allowed an air gap underneath to aid cooling. Although any excess energy produced by the panel is dissipated through a heatsink in the regulator and not through the panel itself I think this could have helped. 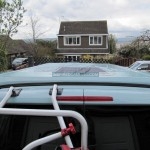 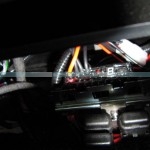 We are very happy with the solar panel. It is unobtrusive works as expected and allows us to book sites that don’t have a hook up.  I also like it that I no longer have a blue lead hanging out of the van to the hook up. They remind me of umbilical cords and now we’ve cut ours free we can experience a bit more camping freedom. Who knows… we might try wild camping in Scotland next. 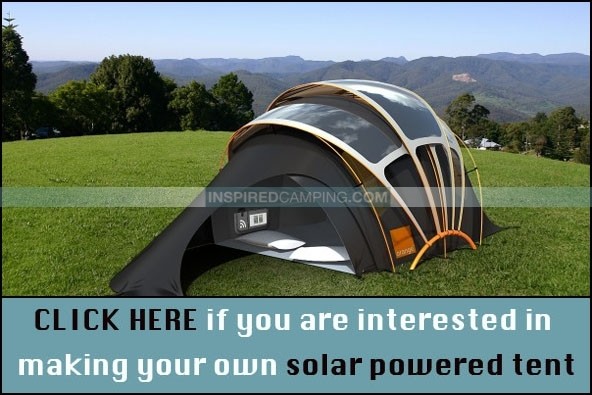 Learn how to make your own solar powered tent with the Solar Stirling Plant. All you need is a smaller more portable version scaled down to size to fit your camping needs. It can be a portable unit for tents, campervans, caravans, or any other method of camping and glamping you use!

Solar Powered Camping: The Possibilities Have Just Got Very Exciting!

How Ecotourism And Glamping Are A Perfect Fit

Get The Glamping Business Start-Up Guide

Listen To The Glamping Business Podcast

Dream Big.💯 Start Small.📈 But Most of All, S

As human beings we have to avoid that scary thing

Mindset.😀..such a powerful thing in entrepreneu

Have you ever wondered how to make your glamping b