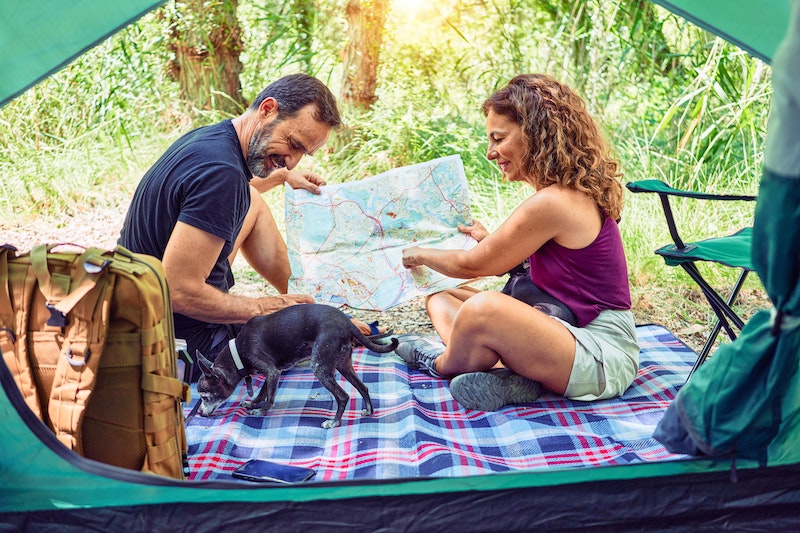 The Solar Powered Tent Concept (also known as the kaleidoscope for environmentally-friendly eco-tourists) was thought up because of festivals and the fact that partygoers always need to keep in touch with mates while they’re camping and roaming around the festival site. While it was originally designed some years ago we believe the idea still has merit, especially in the light of what we now know about global warming and the environmental crisis. It will particularly suit general campers who regularly visit the campsite and as technology has continued to improve, solar-powered tents are actually a reality as we now have the type of materials needed to actually build this style of concept tent. So we are wondering if this concept tent from the past is the new solar-powered tent of the future.

The Solar Powered Tent Concept makes for a seriously cool tent with some awesome camping gadgets, which could help inspire a carefree nomadic lifestyle in full-on glamping camping style and there’s no reason why you couldn’t make your own version. Read on to find out more!

Kaleidoscope and Orange Communication designed it in partnership to celebrate Glastonbury Festival, an alternative music gathering in the UK that loves to do things differently.

For us, the best bit about it is the revolutionary new way it collects direct sunlight, and what this design might mean for luxury glamping and eco camping in the future… particularly if you want to have a nomadic lifestyle. So if you’re wondering, “when’s this solar tent for sale?” well we’ve got happy news for you there too.

The idea is that specially coated solar threads are woven into the conventional fabric so designers wouldn’t have to use fixed solar panels to harness the energy.

It would also have three directional glides that can be moved throughout the day to maximise solar efficiency and energy collection. 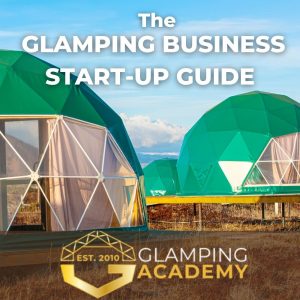 But the most amazing bit about this concept solar-powered tent is its central wireless control hub which lets you see the amount of energy being generated and used, as well as sending out a wireless internet signal for anyone who needs to surf the internet.

This is displayed on a gadget geeks dream… a touchscreen LCD display screen, an awesome camping gadget!

The control hub also has a wireless charging pouch that powers mobile phones and other portable devices without the need for messy wires and multiple chargers.

The ‘magnetic induction’ technology passes an electric current through a coil embedded in the charging pouch and this, in turn, generates a magnetic field that creates a charge and powers the battery. For non-techy people like us out there… this means it’s one extremely clever solar tent!

Also controlled by the central hub is the most amazing bonus for the ultimate posh camping experience… an internal heating system. This takes the form of a heating element that’s embedded within the tent’s groundsheet giving underfloor heating that can be triggered automatically once the temperature falls below a set level.

Finally, to avoid festival-goers ever losing their tent (uh huh…we know all about that!), the Concept Tent is designed to have “glo-cation” technology. This works by enabling the lost camper to find their cool tent by sending out a text message that triggers a distinctive glow in the tent helping them see it from a distance.

But before you throw out your old tents, solar panels and thermal underwear you’d better note that this Concept Tent is just that… a concept.

It was designed to celebrate Orange’s 11th year at Glastonbury Festival and – let’s face it – a bit of a PR stunt. However, we’d like to be optimistic and think it’s a glimpse of earth-friendly cool camping and there’s no reason why you can’t build your own version.

How To Build Your Own Solar-Powered Tent

Firstly you need to choose your tent. You can try anything from: 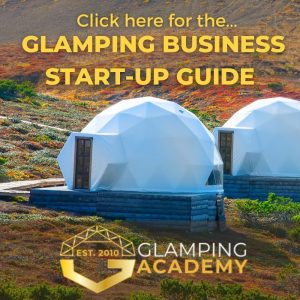 Then you need to investigate the solar technology options available to you. As this industry is moving so fast it is wise to look at new technology currently being developed around the world. Companies that produce solar panels to harness the energy, such as this one, must be a key part of your research plan.

Once you’ve set up your system, the next step is to take it to the campsite and get ready for the crowds of curious campers that are undoubtedly going to surround you. Your solar-powered tent will definitely be the main topic of conversation around the campfire so you’d better be ready to get a bit of attention!

If you have any good ideas or know something about eco-friendly camping equipment of the future then we’d really like to hear from you so get in touch using the comments section below!

How To Be A Green Eco-Friendly Camper At The Campsite

Solar Powered Camping: The Possibilities Have Just Got Very Exciting!

How Ecotourism And Glamping Are A Perfect Fit

#Glamping and unique short stays in the trees abov

Soup in a pumpkin! This is a first for me and push

This is currently one of my favourite things to do

This natural pool at the #glamping site I visited

Slovenia is simply beautiful! Such a pleasure to h