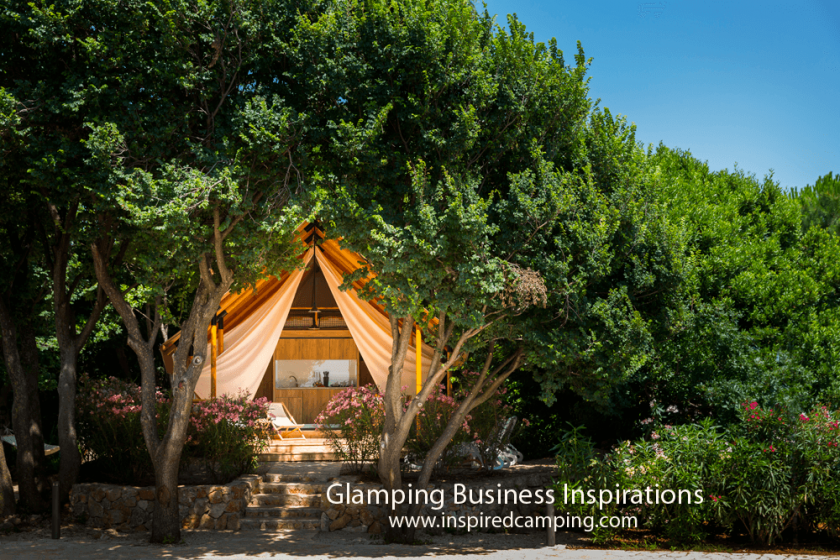 The future looks bright for glamping business, as tourists choosing to stay closer to home rather than booking a foreign holiday have delivered a boost to luxury camping providers, who are feeling the benefits of a bumper summer. However, dig under the surface of the statistics a bit more and facts about this growing industry and the glamping business model start to get really interesting, despite the current world news.

Tourism research is beginning to highlight why the numbers wanting to go glamping won’t be slowing down any time soon and what you should be doing to take advantage of the strengthening trend in the market.

The Increasing Staycation And Glamping Trend

The innocent tourist has been having quite a hard time over the past decade. First, there was the financial melt down of the world’s economy, rapidly followed by a very large volcanic ash cloud that put booking agents out of business and disappointed tourists out of pocket.

At the same time, staycations have been popularised further through the phenomenon that is Airbnb and various in-country advertising campaigns run by Governments around the world.

Popular culture, celebrities and Royalty have also given Glamping the thumbs up, which has resulted in a further boom in bookings. One campsite offering new luxury lodges reported an 11% increase in August from the same period the previous year, which is significant.

What Holidaymakers Are Telling Us

More research conducted by the ‘Family Break Finder’ website who questioned 1400 of their members revealed 50% intended to stay in a local campsite or holiday park next year, while nearly a third specifically said they wanted to try Glamping.

The survey also revealed that 1 in 3 families expected to see their holiday budget shrink, but as Glamping is considered to be a low-cost holiday option amongst those questioned, this will, in fact, strengthen the Glamping trend. Indeed, after the research was first announced the FBF commented, “We’ve noticed a surge of interest in domestic holidays and short breaks.”

In addition, the KOA Report – Kampgrounds of America – talked extensively about glamping, where it had been almost ignored in previous years. More specifically it noted that 45% of its campers wanted to experience glamping over the following year. This has doubled from the previous report. 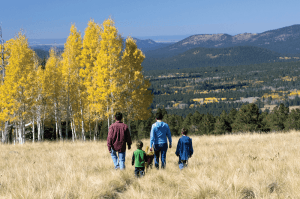 Glamping also took centre stage when academics revealed just how robust it had been in the face of worldwide challenges, allowing it to thrive while other areas of tourism failed.

The Journal of Outdoor Recreation and Tourism noted that Glamping worldwide was an area in need of academic research and called for a study regarding “…outdoor hospitality, its successes and challenges, particularly in its stellar performance during the recent global financial slowdown…”

More recently, IBIS Worldwide reported growth in the outdoor hospitality industry of 1% and revenue of 3 billion. They also noted that this surprisingly solid growth in the industry followed the economic slump, which bucked the trend of many other sectors.

The excitement in the industry was demonstrated at the recent B2B Glamping Show, with businesses attending not just from the UK but from around the globe, including Australia, Canada, USA, Israel, Slovenia, Italy, France, The Netherlands, Greece, Napal, Costa Rica and many more. The show will take place again in September 2018, so make sure you put the date in your diaries.

So what should a new and aspiring Glamping business be doing to take advantage of the strengthening industry over the coming years?

The Benefits Of Starting A Glamping Business

The benefits of starting a Glamping business are many, but specifically, it helps to diversify income generated from a piece of land and can be run alongside an existing business.

With the right space, it can be started large or small to fit your needs and a variety of business models have proven to be very successful. In fact, one of the best-kept secrets in this industry is that some of those models can achieve a return on investment and pay for their set up costs within the first two years of launching, which is quite a bold claim for any new business.

It offers an exciting new opportunity for entrepreneurs looking for a profitable business to start, which also brings benefits to their lifestyle as they are able to spend more time outside with less stress and more control over their future. This article talks about it more on Inspired Courses. 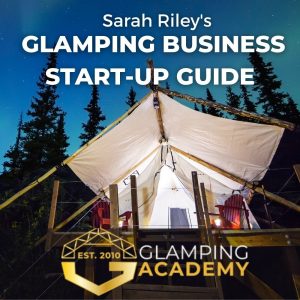 New businesses have all the right tools and knowledge available to them now, allowing them to learn quickly, build confidence, avoid pitfalls and jump ahead of the competition. Specifically, with winter ahead, now is the best time to start a project to be ready in time to launch for the new glamping season.

If you would like to find out more about how to start a glamping business and are just at the beginning of your journey, make sure you read this article on Inspired Camping, which is full of helpful tips and links for more resources.

If you are already keen to get started and need the business plan templates and cash flow examples to help you move forward, then you can find those here.

From my experience of helping new luxury camping businesses launch into this market, I have identified key areas that lead to success. However, one particularly important factor is to remain unique and refrain from copying what everyone else is doing. After all, that’s the beauty of a Glamping business: it comes in many different forms, from tree houses to retired Boeing 767 aircraft.  That’s what’s thrilling the Glamping customer and getting them coming back for more.

This is all great news for vacationers as their choice of luxurious, yet affordable, family holidays are set to improve with the increasing number of exciting options being offered.

However, vacationers are now more astute than they’ve ever been about what makes a Glamping service great. Their expectations are growing and keeping pace with the market itself is making this a very exciting time for both the outdoor hospitality industry and customers alike.