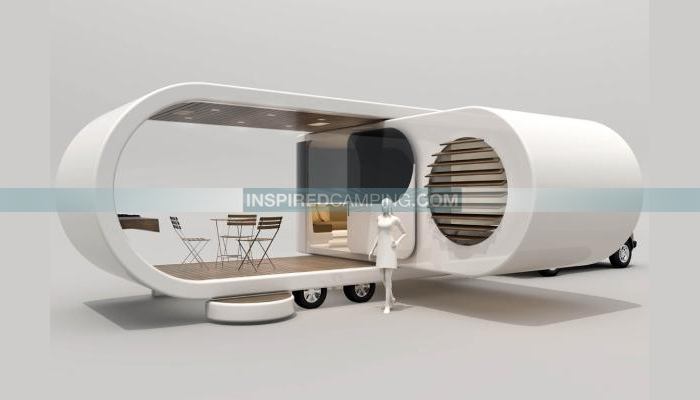 Is this the cool caravan of the future….   something for the next generation?

A design consultancy company in Christchurch, New Zealand thinks so.

In recent years Christchurch was devastated by earthquakes, but the thing currently rocking the news in that part of the world is this revolutionary caravan design which is getting ready to replace the uninspiring designs of the past.

Its called the Romotow and the company that designed it are calling it “the next frontier in mobile living”. It includes a living area that moves out from the central area, therefore expanding the useable space by more than half.

The Romotow design has a living area as well as a BBQ outdoor area and has very similar design intentions to the George Clark small spaces design in Amazing Spaces.

The company was inspired to redesign the caravan, the first major one since the 1960’s, following discussions with a friend who imports caravans from the UK to NZ. The design company said:

The concept is from the Swiss army knife and being able to open up all your gadgets. With traditional caravan designs if you were inside it, you were often hot, and not really involved in the environment you were in. The Romotow lends itself to airflow and is more aerodynamic than a regular caravan. The design reduces drag on the caravan, which will mean less “wiggling” when it is being towed. 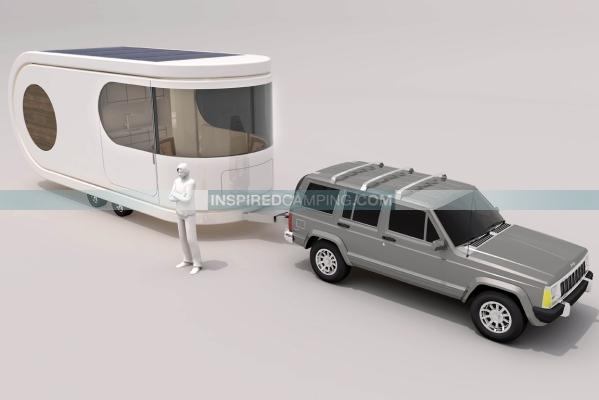 The design company W2 has now secured a New Zealand patent for its design and an international provisional patent, with markets expected in Europe, the US and Australia. So if you like the look of this cool caravan, then this design of the future will be coming to a road near you by 2015.